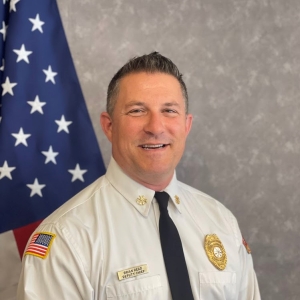 Chief Read started his career in 1994 as a Firefighter with Rural/Metro in Scottsdale. In 1996, he obtained his Paramedic certification before promoting to Captain in 2000. He later joined Scottsdale Fire Department as a Captain in 2005. During his time at Scottsdale Fire Department, he was promoted to Battalion Chief in 2013 and again in 2018 to the rank of Deputy Chief, where he oversaw the Training Division and Administrative Services. 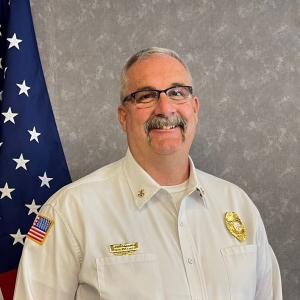 Having grown up in Apache Junction, Chief Cranmer has a deep and abiding love and commitment to the community of Apache Junction and Gold Canyon. He began his career at the Apache Junction Fire District in 1994 as a Firefighter. Over the next seven years, Jeff advanced through multiple assignments and ranks, becoming a Firefighter Paramedic, Engineer, and Captain. Following a two-year assignment as a Battalion Safety Officer in 2010, he was promoted to the rank of Battalion Chief in 2012. Two years later, in 2014, he completed the Public Administration Bachelor of Applied Science (BAS) program at Northern Arizona University.

In 2019, Jeff was promoted to the rank of Deputy Chief, and in 2020, he became the Acting Assistant Chief of Operations reporting directly to the Fire Chief. This role provides oversight for day-to-day shift operations with the Battalion Chiefs, SFMD Special Teams, and the Training and EMS Department.

Chief Cranmer volunteers extra time at the Apache Junction High School as a Fire Service Foundations Program Adviser and as an East Valley Institute of Technology Fire Science Adviser. Together he and his wife Suzi enjoy their three sons, Garrett, Thomas, and Samson. Chief Cranmer believes that faith, family, and service are core values to live by at work, at home, and serving the community. 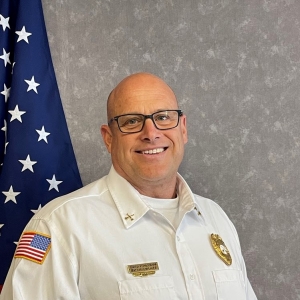 David Pohlmann began his career in 1996 as an Emergency Medical Technician (EMT) with Southwest Ambulance and later, in 1998, became a Paramedic. In 1999 he was hired by the SFMD. During his time as a  Firefighter, he established a private Emergency Medical Training Program that produced numerous paramedics and emergency medical technicians throughout Arizona.

In 2011 he became a registered nurse, and in 2013, he continued his academic pursuits and received his Bachelor of Science degree.

In 2014 SFMD pursued acquiring its own ambulance service. Chief Pohlmann was integral in obtaining our Certificate of Necessity (CON), and bringing the ambulance service to the Fire District. SFMD was awarded the CON in 2015, thus enhancing emergency medical services for our citizens.

Firefighter Pohlmann was promoted to Captain in 2015 and, in 2020, became the Emergency Medical Training Coordinator. His responsibilities shifted to the Fire District’s Covid-19 response, providing information to the citizens we serve, drafting policy, and educating employees on disease spread and clinical manifestation. 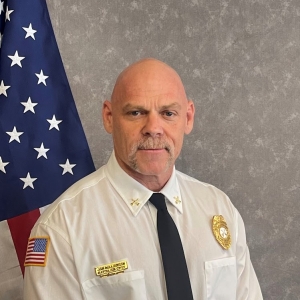 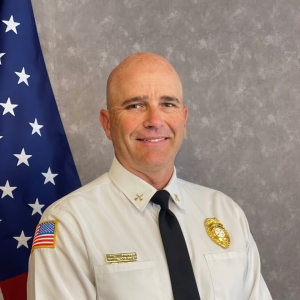 Battalion Chief Brett Broman has been an employee of the Superstition Fire & Medical District since 1995 where he became a paramedic in 1998 and has since promoted through the ranks of Engineer, Captain, Battalion Safety Officer, and is currently the B-shift Battalion Chief.

Brett is a native Arizonian, growing up in the East Valley. He has a wife, two beautiful daughters, and a lab named Jax. During his off-time, he is an avid outdoor enthusiast who loves to spend time with his family, hunts, and plays golf. 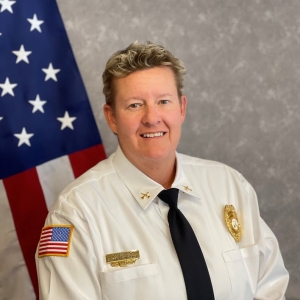 In 2004, Chief Brooks completed her Bachelor’s degree in Business Management from the University of Phoenix. In addition, she holds several certifications including Incident Safety Officer and Fireground Survival Instructor.

Amy has served as a Recruit Training Officer, has multiple teaching credentials and taught at Central Arizona College for over 20 years.